The 2010/11 season was officially marked as closed with the annual presentation evening held at Taunton Academy on Saturday 7th May to celebrate a successful year on the court for the Taunton Tigers. A high turnout from all teams heard their respective coaches report on the past season and saw the award winners collect their trophies. Members of the Senior Men's and U18 Men's team were presented with their England Basketball Division 4 South West and U18 South West Leagues winners medals and Somerset league team Tigers Slapheads received their Somerset Cup winner's medals. A raffle was held during the evening, the results of which can be seen below and the night concluded with a Disco. 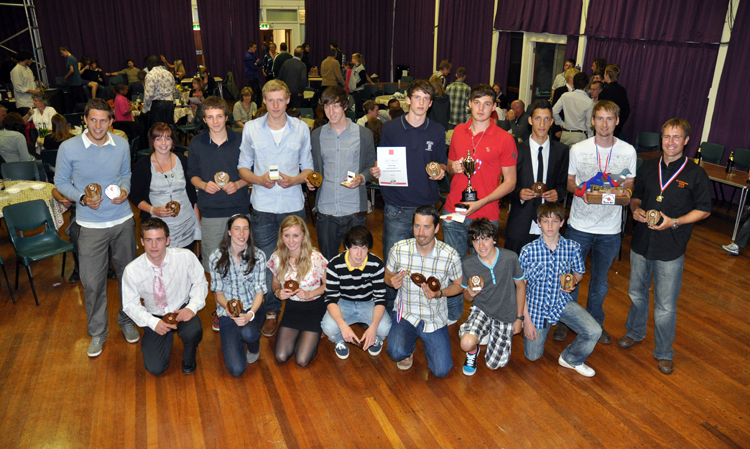 The club has also celebrated the England Basketball news that Senior Men's Head Coach Gary Carter has been named Division 4 South West 'Coach of the Year' and Adam Rickwood as 'Player of the Year' for 2010/11. Congratulations also go to Jonathan Orrells for representing England U16's in Italy in April and Mark Shroeder and Harry Turner for representing England at U18 level.

The Tigers' Chairman and Coaches would like to thank all the volunteers and Club supporters in helping it move forward during the past year and hopefully continue to progress in the same way next season.

Club Person of the Year