Because the club has a number of teams, coupled with not posessing a venue of their own, home games are played at a variety of courts in Taunton. From the Mens team playing at Wellsprings, to the junior teams use of Richard Huish Dome the club trys to use the venues that are most suitable for games and training sessions whilst still being economical — an important factor, with court hire being the single biggest cost to the club.

Over the years the Tigers have played the majority of their home games at the Wellsprings Leisure Centre in Taunton which has a seating capacity of 350 and a balcony stretching the entire width of the hall, at one end, overlooking the court. The most suitable court in Taunton to host National League games, the club trys to use Wellsprings as often as it can but at times it may be unavailable due to cost or because of other bookings. It has been the home of the Mens team since it opened and has seen many exciting games of Basketball in partnership with the Tigers. Construction of the Centre was finished just in time for the beginning of the 2004/05 season and as well as having fantastic basketball facilities it also has a restaurant/cafe, function/meeting rooms, fitness suite and studio and bar. Wellsprings Leisure Centre Website 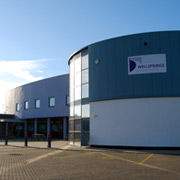 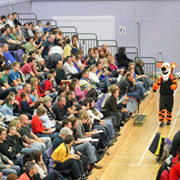 Wellsprings is located on the North side of Taunton next to Ladymead Community School. It has car parking for over 300 cars. Wellsprings Leisure Centre, Cheddon Road, Taunton, Somerset, TA2 7QP.

Richard Huish College is where the Taunton Tigers junior academies are based; providing young players with a structured programme of practical coaching, fitness and sports science support of the highest quality. It is also the location of the Huish Sports Dome — a state of the art indoor airhall facility which the academies and other teams use for training and games. View the Dome being inflated on YouTube. 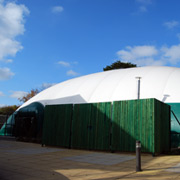 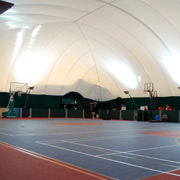 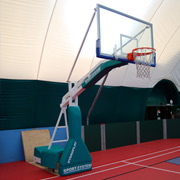 Getting to Richard Huish

You can use Google Maps or see below for detailed location of the College and also to plan your route. Richard Huish College, South Road, Taunton, Somerset, TA1 3DZ

Somerset College of Arts and Technology 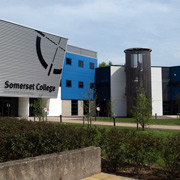 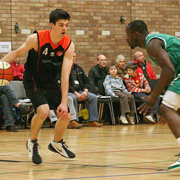 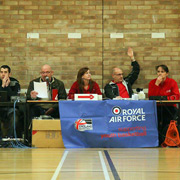 Getting to Somerset College

Coming either north or south on the M5 you can get off at either Junction 25 (Taunton A358) or Junction 26 (Taunton A38). Click here for a route plan. Wellington Road, Taunton, Somerset, TA1 5AX.