The Taunton Tigers U14 team finished the 2009/10 season with a record of 12 wins and 4 losses, finishing runners up in their league, securing a place in the Play–offs. 2009/10 was the first season for the U14s in National League and the young players on this side have shown great potential all year. A very succesful first season for the team who narrowly missed out on finishing top of their league after a number of injuries sustained to key players in the penultimate game of the year. The highlight of the season was the long journey to East London to take on one of the nation's top team, Newham All Stars in the second round of the play–offs. Although beaten, the team could take great pride in the progress they had made as a fledgling National League team.

The full list of the teams results from this season can be seen below in the Schedule/Results table which includes all match reports and game statistics. View the team Roster, including player photos and the final League Table which is shown at the bottom of the page. You can view team pages from following seasons by using the navigation at the bottom ↓ of the page. 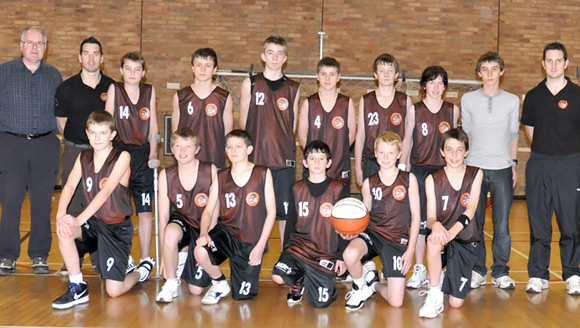