The Taunton Tigers U15 Mens team finished the 2005/06 Season with a total record of 6 Wins and 0 Losses, unbeaten for the season. The teams first experience of National League Basketball and with only 2 other teams in League West One the Tigers enjoyed six convincing victories over the season.

The full list of the teams results from this season can be seen below in the Schedule/Results table which includes match reports. View the team Roster, including player photos and the final League Table which is shown at the bottom of the page. You can view team pages from following seasons by using the navigation at the bottom ↓ of the page. 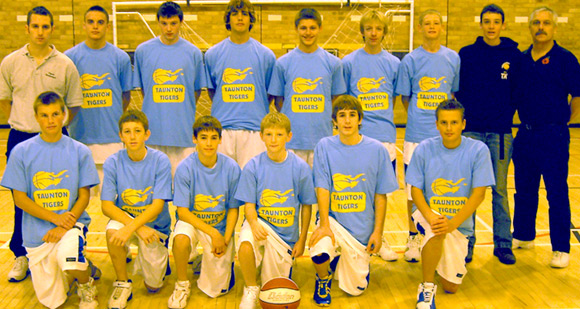