Following the 2009/10 season the club made the decision not enter a Women's team into National League; This was based on not having available, enough players to regularly field a squad. Therefore at present there is no senior Tigers Women's team in the club. There is however an Under 18 Women's development team for the 2010/11 season and it is hoped that this will pave the way for a Women's team at some stage in the future.

The 2009/10 season was the fourth successive season for the Taunton Tigers Women's team playing in National League Division Two Midlands/South West Conference. They finished with a total record of 11 wins and 7 losses; a league record of 10 wins and 4 losses; reached the second round of the National Cup; finished 2nd in their Division and qualified for the play–offs but were knocked out in the first round of by Manchester Mystics. A very successful season for the team who built momentum as the season progressed, winning their last 7 consecutive league games before their play–off defeat. 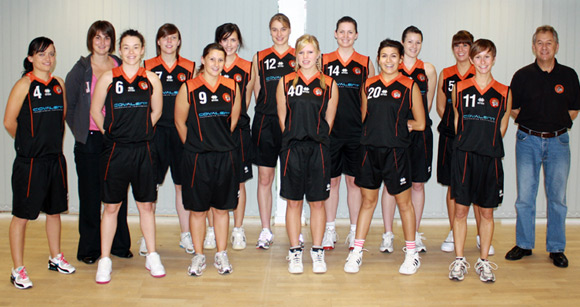